Introduction
Hi English learners! Lori here, your teacher from Betteratenglish.com. In this episode of Real English Conversations, you’ll hear part 5 of my conversation with Kyla. This is the final part of our conversation about the book Daily Rituals by Mason Currey. In the previous episode we talked about dealing with distractions and interruptions when you’re trying to work. This time we talk about one of the biggest interrupters of all: email. We also talk about ways to structure your day to make it easier to do important things.

If you want to read along as you listen, you can download the full transcript, including a bonus vocabulary lesson at betteratenglish.com/transcripts.

After the conversation I’ll be back with three questions you can use for speaking practice. Oh, and one final note: I’ve marked this episode as explicit because near the end of the conversation I say a couple of mildly vulgar words. They’re very common slang words that you hear all the time on TV, but I’m playing it safe and warning you anyway. You never know what someone might find offensive!

OK, let’s get on with the conversation!

Kyla: I was going to say, I guess, one drawback about the book actually is that so much of it is, there’s not— there’s not very many current contemporary people in it to ask about their rituals. It’s, yeah, an awful lot of people from the last century before, before internet and so it would be— it would be nice to find, you know, the daily rituals of more people living now with the different forms of communication that we have now.

Kyla: Because of course there were several people that would have, you know, they’d have their hour in which they would make their phone calls to their agents or their phone calls to newspapers or, you know, when it was still there. Because you still had the communication that was required with the— the rest of the world. But I think it was probably much easier to schedule, “Okay, this is the time that I’m going to be on the telephone because this is when I have access to a telephone or…”

Kyla: You know, “This is the time of day when I sit and write my letters and read my letters,” which there’s no reason why we can’t do that now but I think it’s easier when you have a physical letter that you can put in a pile on the— on the bedside table or the coffee table and…

Lori: Right. And it’s— it’s also…there’s a limit there, you know. It’s self-limiting. You see, “Okay, I have five letters I have to answer…” 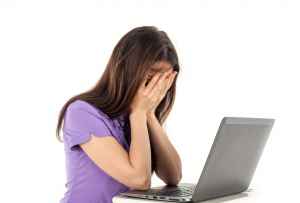 Overwhelmed by the endless stream of email

Lori: …and you know that it’s not like today with email where at any second, you can get more added to that pile and you never know when you’re going to get one.

Kyla: That’s— that’s right. You’re sitting there answering, it’s like, “I have five emails to respond to,” and by the time you’re done, there’s five more. [laughs]

Lori: Exactly. Or you send your answers and then the person replies right away with still more questions, and it never ends.

Lori: So there— there was more of a sense of, like, these finite chunks of work that you could do in a given period than— than now where the boundaries between work and not work and yeah, it’s just getting fuzzier and fuzzier all the time, I think.

Lori: But I agree. I agree with you that it would be great to hear some examples or read some examples of people living in our time dealing with the— the kind of problems we’re dealing with every day. Yeah, very cool. Let me see. Was there something else? I guess my— my…I don’t know if it would be my final question, but one question that I have for you is, if you have picked up anything from the book that you have started to apply to your own life, or that has somehow changed the way you approach getting your creative work done or your productive work done? 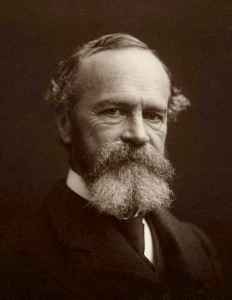 William James knew how to get things done.

Kyla: One of the— one of the things for sure is, and I actually went and found the quote again because I thought it was a brilliant quote, and it’s from William James. And he talks about what he calls the “effortless custody of automation.”

Kyla: I have really tried to do sort of the opposite of automating the creative process, but that’s automating the mundane process. And I found a little bit of success and I think— I think it has grown over time and will continue to grow but sort of, like, we kind of have a routine in my household of, like, when dishes get washed and when they get put away and who does what. And I think it sort of making habits out of the mundane but other necessary things that have to happen and just kind of getting those things out of the way without having to think about them leaves you more time and more space to do the things that really matter, which, you know, is creative work or learning new things. And I think that was sort of, oddly enough, one of the things that I really took from that book, and it’s almost the opposite of what the book was about in some ways. [laughs]

Lori: I guess what I would say about that is, that maybe that’s your way of kind of clearing the space that you need to then be able to, to take the time for yourself for your creative projects because you don’t have all these nagging little to-dos left kind of unfinished.

Kyla: Yeah, it’s sitting at the back of the brain and, yeah.

Lori: Yeah. It’s hard to do this without getting into, like, David Allen GTD terminology and started talking about, like, open loops. [laughs]

Lori: Exactly. But there’s really…I really think that’s true that— that if you can, that’s…maybe that’s one of the things that’s so great about setting aside those first hours in the morning for doing your really important stuff is, is that you don’t have this feeling of all these other little unfinished things that are kind of nagging at you and making you feel a little bit guilty for taking that time for yourself.

Lori: Because so much of what, at least for me, when I’m doing something creative, I often will end a session and— and feel like, “Well, I did put in the hours. I did do stuff. But I don’t really have anything I would be proud to show anybody today.”

Lori: And that can make you feel, at least can make me, feel a little bit guilty that— that, “Oh…

Lori: Yeah, and then, like, “Oh, who am I to think I should be able to sit here and spend this time doing this thing that I enjoy, that feeds my soul, when I have all this other unfinished stuff done that other people are depending on me for.”

Lori: So yeah. To circle back, is, maybe that’s kind of your way of getting all that shit taken care of and then you have this space and peace and quiet and in your mind as well as in your environment.

Kyla: Yeah. No, definitely. I think that makes…yeah, that makes sense.

Kyla: [laughs] Kind of, yeah. Exactly. It allows for, sort of, not just— not just sort of, you know, nagging-doubt-free but guilt-free time to spend on creative process.

Lori: Yeah. Because the nagging doubt is a freaking bitch, man, seriously.

Lori: The self-loathing and nagging doubt and fear and anxiety; all of that is bad enough. And then when you’re feeling guilty for taking that time for yourself, you know, on top of all that? It’s…whoa. [laughs]

Kyla: Yeah. I— I feel the need to high five you. [laughs]

Celebrating with a high five

Final words
That’s all for this time. I hope you’ve enjoyed the conversation. Remember that it’s important to practice speaking if you want to improve your English fluency. Here are 3 discussion questions that you can use to practice with your teacher, tutor, or your language exchange partner.

1. What kind of things distract or interrupt you when you’re trying to work, and how do you deal with them?

2. Do feel the need to be constantly accessible via social media, email, etc.?

3. What kind of setting do you need to do your best work? Are you able to create that for yourself? If not, what would you need to change?

Make sure to download the transcript so you can read along to check your understanding. The transcript also has notes about the language we use in the conversation, and explains a lot of the vocabulary. You can find it at betteratenglish.com/transcripts.

Until next time, keep on practicing your English. In fact, you can practice right now by leaving me a voice message or joining the conversation on the Better at English Facebook page. You can find all the ways to get in touch at Betteratenglish.com/contact. Bye for now!