You can do a lot of things with the word very in English. The simplest use of very is as an intensifer. An intensifier is a word that makes another word stronger or adds emphasis.

Very as an intensifier

You put very directly in front of the adjective or adverb that you want to intensify.

In the sentences below, strong and heavy are adjectives. Very adds intensity.

Examples
My friend Sasha is very strong.
She can lift very heavy weights. 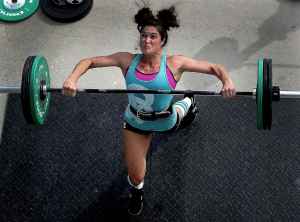 This is Sasha in action. She is very strong.

Very works the same way with adverbs. Remember, an adverb is a word that tells you more about a verb, an adjective, another adverb, or a whole sentence.

In the examples below, hard and easily are adverbs, and very adds emphasis to the verb phrases.

Examples
Sasha has trained very hard for many years.
Now she can lift 300 kilos very easily.

But what happens if you add the word not to very? Does it just remove the emphasis? For example, what does the following sentence mean?

My friend Bob is not very strong.

The correct answer (for most speakers) is c. 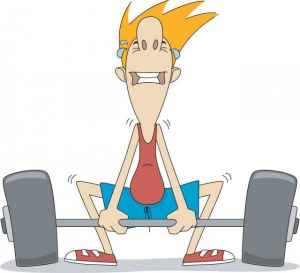 Bob is not very strong. This is like saying Bob is weak.

Be careful with not very

You need to be careful with not very when you use it with positively charged adjectives or adverbs, meaning words that you would use to compliment someone or their actions. For example, words like beautiful, good looking, nice, generous, smart, polite, friendly, good, impressive, etc.

Imagine the following situation. Bob decides he wants to work out and get strong, so he hires a personal trainer. He has met her for one training session. He later meets Sasha for coffee:

Sasha: So Bob, do you think of your new personal trainer?
Bob: She’s not very nice, I’m afraid.

Bob is saying that his new personal trainer is not nice at all, but he is being a little bit diplomatic about it by using the indirect not very formulation. If he wanted to be very blunt and direct, here are some things he could say:

Sticking to not very nice gets Bob’s meaning across without being too blunt or aggressive.

Degrees of positive and negative emphasis

To sum up, let’s look at one more example using the positive adjective interesting and its “opposite,” the negative adjective boring. Imagine the following situation:

Bob is writing a book. Last week he gave a draft of his book to Sasha to read. Now Bob asks Sasha for her opinion on the book draft.

Bob: So Sasha, what do you think of my book?

As you see, “not very interesting” ranges in meaning from “only a tiny bit interesting” to “not interesting at all.” The exact meaning will depend on many factors (the relationship between the speakers, the context, the intonation used, etc.).

There are of course many other possible ways Sasha could respond. If she values her friendship with Bob, she would most likely soften any negative statements about his book with various polite formulations. But that is beyond the scope of this short article; the point here is to show you to be careful when you use not very with positively charged adjectives (and adverbs).

Here are some helpful links to dictionary resources where you can learn more about how to use “not very” and see many example sentences.

Not very on (Collins Cobuild)

Not very on the Oxford Living Dictionary